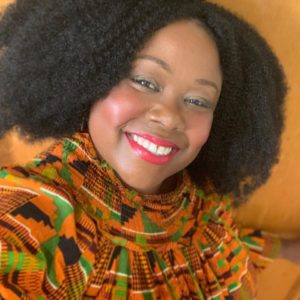 Having experienced poverty and homelessness, she has developed a compassion for people fueled by her passion for justice and knows that the gospel is truly “good news to the poor.” Even in the midst of difficulties at 10-years old her spiritual journey started with feeling led to pray and read the Psalms morning, noon and night. At 14-years old she walked into a Brooklyn congregation and accepted Yahshua as her redeemer. After her life changing experience with Yahshua she began to want to take the Good News to her community.

After receiving her bachelor’s degree in Human Development with a minor in African-American studies from Penn State University, she completed a year of service with AmeriCorps Public Allies New York. In 2011, she received her Master of Divinity and Master of Social Work degrees from Union Theological Seminary and Columbia University School of Social Work, respectively.

For over a decade Onleilove worked as a faith-rooted community organizer and advocate. In 2018 she founded Her Wisdom Consulting where she consults non-profits, NGOs and companies on Women’s Leadership, faith based organizing, diversity and inclusion. Her writing has been featured in Sojourners Magazine, Huff Post Religion, The Black Commentator and NPR’s On Being blog, as well as in other print and online publications. Onleilove served as the second executive director at PICO-Faith in New York, where she led a multiracial and multifaith organizing federation of 70+ congregations representing 80,000 New Yorkers who are working to Build the Beloved City-where all of The Creator’s children can live in dignity. She has completed the Women’s Campaign School at Yale, The Collegeville Institute Fellowship and the FPWA Faith and Justice Fellows Program. Onleilove writes and lectures on the implicit bias of colorism and its impact on African-American women; having developed A Women’s Theology of Liberation and Live Free W.O.M.B. (Women Organizing Out of Mass Incarceration and Brutality) for the Faith in Action Network. In 2016 Onleilove testified before the United Nations Working Group for People of African Descent on Mass Incarceration’s Impact on Black Women & Girls.

She has been a featured speaker and workshop facilitator at CCDA, Dartmouth College, Why Christian, Sojourners Summit, The 2015 African Hebrew Conference in Israel and The Samuel Dewitt Proctor Conference among other conferences, congregations, universities and organizations. Often ministering among African Hebraic communities, she was appointed as the Ambassador and given the title of Iyom for The Organization of Igbo-Hebrew Heritage Cultural Foundation’s Joseph Project which seeks to build a link between diaspora Africans and Igbos. She serves on the Pan African Women of Faith planning team leading The Africa at Heart Committee and as the Faith Based Coordinator for the Global African Business Association (GABA). She is a Professor at The Hebrew Academy of Detroit where she teaches on Hebrew tribes and customs of Africa.

For her writing and activism work, Onleilove has received the Public Allies New York Local Alumni Award, The Lost Angels Society Survivor Award, The Bennett Fellowship for Social Justice from Auburn Seminary, the National Association of Social Workers-NYC Scholarship for Social Justice, United Food and Commercial Workers International Union Minority Coalition Young Adult Award, and the 2011 Evangelical Press Association’s Student Writer of the Year First Place Award for her Sojourners cover story: “Dethroning King Coal: Christians defend a way of life, and the earth, in Appalachia.” In 2019 she received The Great Hebrew Awakening Book of The Year and Woman of The Year Awards.

Her travels and work have taken her to Scotland, England, Switzerland, Israel, Ghana Nigeria, Puerto Rico, The US Virgin Islands, St. Martin, Morocco and Togo.

Onleilove has 5 siblings and a large extended family. She worships and serves as a Minister of Evangelism at Beth-El The House of Yahweh in the South Bronx a 65-year old Messianic Hebrew community. For everything she has accomplished Chika says To Yah Be the Glory.